You are here: Home

Welcome to About Messiah

The Path to Peace in a Troubled World

Discover What These Jewish Men and Women Have Found:

A thriving relationship with God

Answers to their questions

Need answers to your questions? 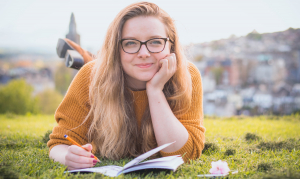 I’d like to introduce you to Jordan, Ronit, and Johnny. Jordan grew up in a Jewish home, but he hated Hebrew School and flunked out before his bar mitzvah. He was infatuated with the arts and pursued a career in theater. He became involved in Eastern religions, which he found fascinating. However, he still felt […]

“Jesus was Jewish… which makes sense, because he really loved his mother.” – Joan Rivers The answer to this question is so simple that a child can begin to grasp it and so complex that we could never plumb its deepest depths. What can we know about Jesus? As we understand the matter, the Jesus […]

This is one of the most important questions you could ever ask yourself. If you are curious about Jesus and how he is relevant to you as a Jewish person, then you have come to the right place. Yes, we wholeheartedly believe that Yeshua (his Hebrew name) is the Messiah of Israel, and we have […]